When was the Piano Invented – How it All Started

The piano is considered the mother of all musical instruments. Its popularity and regard among music lovers is appealing. No doubt, wonderful music has and is being made and played on its platform. 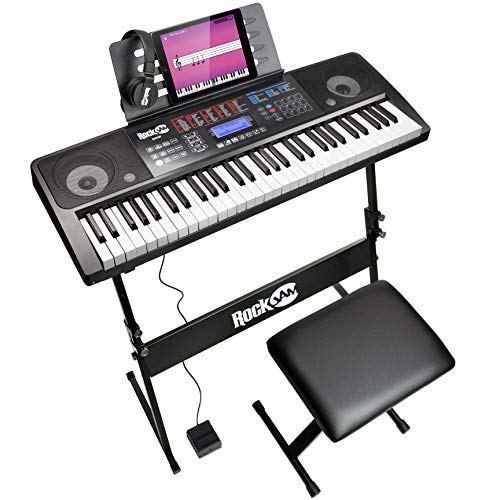 In this article, we seek to answer the question of “when was the piano invented.” We will also discuss the inventor, reasons for invention, as well as the location it was invented.

If you prefer learning by video, this article is also explained here.

Video: When was the Piano Invented (How it All Started)

What Happened Before the Piano Emerged?

Before the piano emerged, there was an instrument called the harpsichord. This instrument was influential in the emergence of the piano.

“What Happened Before the Piano Emerged”

The piano is a shortened word for Pianoforte. The name is a perfect explanation of the purpose of its invention.

Pianoforte is a combination of two words. These are “piano” and “forte” which connote soft and loud respectively. This is concerning the sound variations the piano affords.

The Piano didn’t come up in isolation. Just as the keyboard instrument or synthesizer evolved as an electronic and technological response to the piano. In the same vein, various instruments likewise influenced the piano’s emergence.

In the history of the piano, we cannot exclude the harpsichord. This instrument is central to the emergence of what would be called the piano.

Instruments like the harpsichord (as shown above) vividly had inadequacies that the piano was created to address.

What are the Major Differences Between the Piano and the Harpsichord?

There are three major differences between the piano and the harpsichord are:

“What are the Major Differences Between the Piano and the Harpsichord”

The harpsichord was hinged on a diatonic scale. This is a tonal structure that only allows for 7 notes.

A lot of musical compositions still operate on this tonal principle. However, the piano allows for a 12-note structure known as the chromatic scale. This allows for versatility in composition and harmonic accompaniment.

This was one of the issues the piano was created to resolve.

More particularly, the harpsichord didn’t leave room for dynamism while playing. This implies that the sound production was monotonous.

As a player, lack of dynamism meant you may not be able to maneuver between loud or soft sounds. You may not also use slurs effectively, among others. Subsequently, the piano’s hammer inclined sound production mechanism corrected this flaw.

The piano used a hammer-like strategy to align with the way players wanted to play. With this mechanism, players could play soft or loud and fast or slow, as also aided by the foot pedals.

The harpsichord didn’t use the hammer mechanism. On the other end, the strings were plucked. This restricted the ability to moderate how the instrument sounded.

Outside the harpsichord, other instruments influenced the piano’s emergence. These instruments include the clavichord, virginal, among others.

When Was the Piano Invented?

These yardsticks include the era of the inventor, the evaluation of the oldest surviving known piano, among others. However, the bottom line remains there isn’t a unanimous decision as to the precise date.

“When Was the Piano Invented” 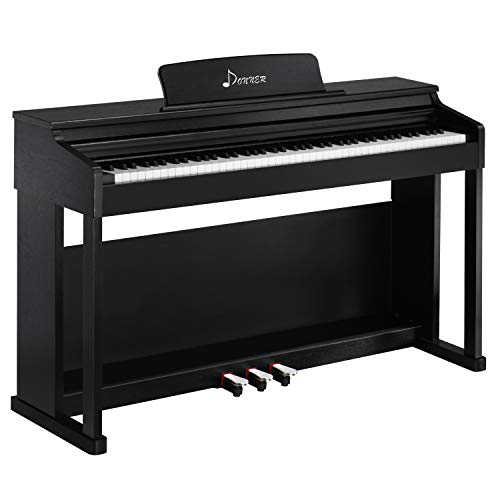 Buy this Digital Piano on Amazon

With respect to this, a periodic range between the late 1600s and very early 1700s is usually used.

However, there is a question about the piano that wouldn’t raise so much dust. It is the question of who invented the piano?

Who Invented the Piano?

Bartolomeo Cristofori invented the piano. He was a harpsichord maker under the services of Ferdinando De Medici.

“Who Invented the Piano”

Bartolomeo Cristofori was Ferdinando’s official keeper of instruments. As a result of his experience with the harpsichord, he identified a problem. He eventually made a headway solving this problem.

Video: When Was the Piano Invented? The History of the Piano

This video extensively explains the invention of the piano

Majorly, Bartolomeo realized the harpsichord didn’t allow players to play loud or soft, as well as do other things. He then invented a sound production strategy as with the piano.

This mechanism allowed players to strike the strings with something like a hammer, attached to the keys.

This enables the player to hit the instrument sharply or mildly, creating loud or soft effects respectively.

The early pianos looked different from what is presently obtainable. The major keys happened to be black and the minor keys, white. This is in contrast with what we have presently. The early pianos also looked like the harpsichord.

The present piano and keyboard instruments don’t follow this layout. As against the early pianos, the major keys are white, while the minor keys are black.

The person responsible for this change was Sebastian LeBlanc. Sebastian was a friend of Bartolomeo Cristofori. After expressing his admiration for the instrument, he suggested a switch in the color pattern of the keys. As we have it today, the advice was taken and upheld.

This has informed the pattern found with the present-day piano. The major keys are white and the minor keys are black.

Furthermore, the first pianos didn’t have as many key and octaves as the modern piano. The first set of pianos had 60 keys embedded in 5 octaves. In contrast, modern pianos have 88 keys.

However, some scholars say the early pianos had 54 keys. Be that as it may, pianos have experienced remarkable changes over time.

Asides from the sound mechanism, early pianos still looked much like the harpsichord. This is understandable because the inventor was a harpsichord maker.

As a rider to this, the early pianos had a wing shape. It was also housed by a wooden case. As a result of this, the hammered actions between the strings and hammer were concealed from open glare.

Where was the Piano Invented?

The piano was invented in Italy. The influence of Italian culture and language is still evident in classical music. Particularly, languages used in sheet music are largely Italian. Examples include Poco a Poco, Fortepiano, among others.

“Where was the Piano Invented”

In the same vein, the piano’s invention has its roots in Italy. This is where the inventor made it. He was an instrument keeper at the service of Ferdinando. His employer was the Grand Prince of Florentine, a part of Italy.

The Keyboard Versus the Piano 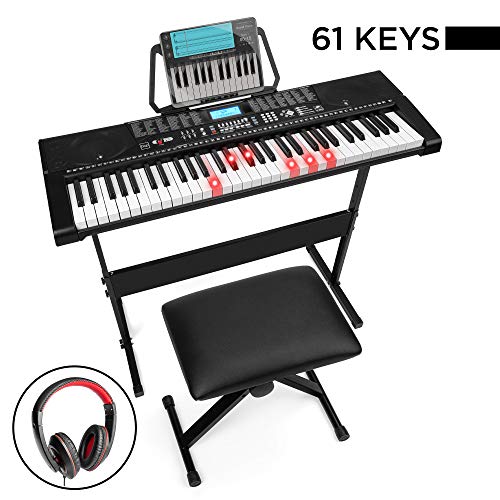 The keyboard is an electronic response to the piano. As a result of the size, as well as the rigid nature of the piano, the keyboard was invented.

The keyboard allows for digital functions. These functions make it easy for players to play the instrument. Such functions include transposition, mimicking other instruments, demo songs, inbuilt recording devices, among others.

These functions vary according to the grade and brand of keyboard/synthesizers.

What Is the Music Classification for the Piano?

The musical classification of pianos has given rise to contrasting views. While some schools of thought consider it percussive(Idiophone), others claim it’s a chordophone.

“What Is the Music Classification for the Piano”

An idiophone is a self sounding instrument. It possesses within it, all that is needed to make a musical sound. As a result of how players strike the piano, some classify it as percussive and therefore an idiophone.

On the other end, another class of scholars thinks the piano is a chordophone. This is because of its sound production mechanism and not the mode of playing.

Sounds on the piano are produced when a hammer strikes the strings. However, the intensity of tension between the hammer and the string is determined by the player. The chordophone is an instrument that has strings. Sounds are produced when tension is applied to the strings of the instrument. While the Piano is struck (idiophone), the effect between the hammer and string is chordophone inclined.

However, the invention of the keyboard also known as synthesizer has helped in this regard. As a result of the mode of sound production, it is classified under electrophones.

Check out these other in-depth articles/reviews…

When was the Piano Invented – Frequently Asked Questions

What are the Black Keys of the Piano?

The black keys of the piano represent the minor keys in music. They are represented with the sharp and flat signs attached to the major keys around them. Between every white key, there are black keys except around Key B and C, as well as Key E and F.

As the minor keys, you should know they are no less important than the white keys. They carry the same value. This is especially when black keys are used as the tonic note.

What are the White Keys of the Piano?

The white keys of the piano represent the major keys in music. Unlike the black keys, they do not have sharp and flat signs attached to them. This is the easiest way to identify them on the staff. There are 7 white keys named after the first 7 alphabets in English.

Why Is Key C Called a Natural Key?

Key C is called a natural key because it avoids the use of minor notes in its diatonic scale. It is the only music key that operates a diatonic scale without minor notes as part of it. Found among the white keys, not even a single black key has this natural tendency.

Why was the Piano Called Pianoforte?

As time went on, the name was shortened to “piano” as many people currently term it. The underlying ability to play various sound ranges is what influenced the choice of the name “pianoforte”.

When did the Piano Gain Popularity?

The Piano gained popularity in the 18th century. Before its emergence, the harpsichord was the like-mannered instrument. The popularity of the piano was as a result of its ability to play loud and soft sound. This was something the harpsichord was not good at. Furthermore, the cost of getting the pianoforte eventually put this instrument within the reach of the middle class.

Before then, only royalties and top cathedrals could afford to have a piano. This was why many renowned classical musicians had roots in the church.

What Kind of Piano Did Beethoven Play?

He made remarkable observations and pioneered changes that influenced the development of the instrument. He was a piano critic who made friends, as well as condemned some brands of the instrument. For instance, he once got a manufacturer to make a piano with 4 pedals. This is as opposed to the traditional 3 pedals.

What Is a Digital Piano – A Comprehensive Study of 3 Pianos